Blurb: Given in exchange for her father's life, Beauty Miller must turn desire into gold! A virgin, she knows very little of desire, let alone how to turn it into gold. Yet her very life depends on her ability to convince her captive that she can do just that. When a little man appears offers to turn the trick for her, Beauty is thrilled. Soon her joy turns into terror as the little man threatens to take her most sacred gift--unless she can guess his name!Acting as an undercover knight, Josh C. Prince, wants nothing better than to slap the magical bracelets on Kingston Jones, known fairy dust smuggler in his father's kingdom. His mission gets complicated when Jones brings in a young girl named Beauty and locks her in a tower. Smitten, his own desires inflamed beyond anything he's felt before, Josh knows he must have her. But can he rescue Beauty and get the goods on Jones?

Get a copy of DESIRE INTO GOLD, here in ebook or print. 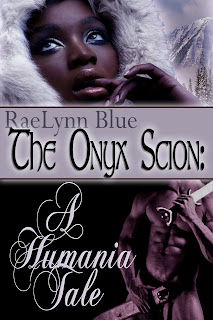 Blurb: Misaki Kenji has just experienced the worst day of her life. Her beloved husband, Otieno Kenji, has been slain, by an arrow. Shattered by grief, she's discovered draped over Otieno. Accused, shunned, and labeled a murderer, Misaki must find out who really did kill her husband or join him in the after life. Kanton Kingsley cannot believe he's been given the rather crappy assignment of covering the Kenji murder. An open and shut case, Kanton believes he'll be back in Humania before the weekend. Yet when he lays eyes on the beautiful Misaki, he is enchanted at once, by her steeliness and frustrated by it as well. Far away in the cold providence of Osir, blood runs cold beneath the icy landscape and the hush of snowfall muffles the cries of murder and betrayal. Kanton and Misaki are soon swept up in a tale of greed, power, and conspiracy centered around an ancient poem. One which speaks of a lost scion, and the sole heir to the Dark Elves' throne.

Grab a copy of THE ONYX SCION today. It's also available in ebook format here. 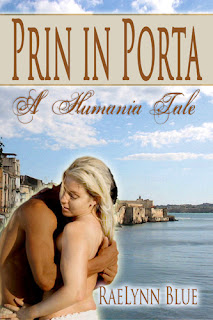 The last entry into the Humania series is Prin in Porta. The sister to Josh from DESIRE INTO GOLD, finds herself on the outs from her brother who is now king of Humania. As a character, Prin interested me from DESIRE INTO GOLD. I kept saying I would come back to her and write her tale. This is it.

blurb: Princess Courtney Rose, Prin, is not having a great day. Her brother, King Josuha has packed her up and shipped her off to Porta, a province known for its number of retired wizards, sorceresses and brothels. Bored out of her mind and given a new name to protect her identity, Prin is coiled to strike at the peaceful province. Missing the party life in Humania, this "deburoyale" longs to be back in the lap of luxury—if only she can survive the two weeks she's sentenced to Porta.All is a serious drag until she meets a servant, Patrick Butler. Patrick Butler is fed up with being a low-level attendant. Reared as a servant since birth, he longs for adventure and if possible, a little fun.

Both Patrick and Prin get more than they bargain for when Lady Seaman sets her sights on snaring the young Butler for her bed and eliminating the young princess as well. With her brother out of contact, Prin is on her own, and she must escape Lady Seaman's clutches for not only her life will be shattered, but those of the royal family.

Will this partying princess grow up in time to save her brother's throne, and manage to keep Patrick?

If you missed PRIN IN PORTA, you can get the ebook version or the print version from Amazon, BN.com or from Torrid.
Posted by RaeLynn Blue at 12:30 AM