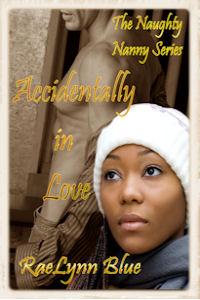 I have a strong attraction to Asian males (Korean, Chinese, Japanese).
and most of my stories.

So, it is with great pleasure that I write the Neal Family series.

Charlotte's story is one of the first where I used Greensboro as the location. Accidentially in Love launched my Neal Family series, but Charlotte and Ichigo started the flame.

Blurb: Charlotte Neal's day can't get any worse. Recently let laid off and suddenly unemployed, a casual drive home turns into a rear end disaster. Disoriented and hurt, she struggles to gain her bearings when a handsome paramedic arrives to save her. When Ichigo asks Charlotte to be his nanny, she thinks he's joking; but she needs the money. She accepts. Charlotte's physical scars aren't her only injuries; she has emotional ones as well.

Ichigo can't get the sexy woman from the car accident out of his head. Between thoughts of her and worries about finding a new nanny for his daughter, he can barely concentrate. He solves one problem by hiring her as his nanny. But can he keep his heart and his hands to himself or will he and Charlotte fall accidentally in love?

Grab this story in ebook or in print.

After, Accidentially in Love,  Charlotte and Ichigo are tying the knot. Their wedding brings together the entire Neal family--the sisters and their kids. Nothing brings a family together like a wedding. 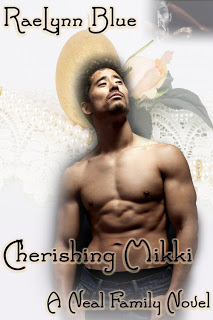 Mikki McCollum disagrees, and hence the start of CHERISHING MIKKI.

Blurb: Twice divorced Mikki McCollum dislikes weddings--for obvious reasons. But when one of her favorite cousins gets married, well, she wouldn't miss it for the world. Mikki has to admit, the actual wedding was beautiful. However, the reception leaves a lot to be desired. The only bright spot in an event she’d rather forget was the handsome Korean man whom couldn't seem to take his eyes off her. She knew he couldn't because she kept watching him. At least she hoped…

Aaron Yang has settled into his perpetual role as best man. Not that he minded it, nor would he willing admit out loud he had begun to wonder when it would be his turn. When he spies beautiful Mikki, he wants his own taste of happily ever after more than ever.

When a dangerous threat from Mikki’s past threatens the very thing Aaron wants most, he'll risk everything to protect her and to let Mikki know he means to cherish her for always.

Get a copy of CHERISHING MIKKI today. ﻿


You can also see Mikki in Beauty & the Geek: Rocket to Love with her friends, Jewel and Natalie. This is also a bw/asian male story just like the others in the NEAL FAMILY series. 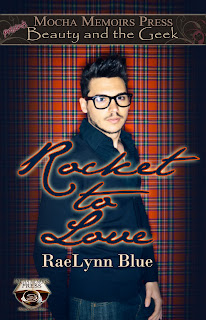 Blurb: While recreational shopping, Jewel Isles and her friends discover all kinds of deals and steals at the Atlanta Shoe and Purse Expo. When Jewel heads to the ladies room, she nearly trips over a geeky, but surprisingly handsome man. Ben Wook Sun, NASA scientist and Star Trek® lover, didn’t understand why beautiful women like Jewel Isles insisted on dating men who lacked intellectual depth. Adjusting his black-rimmed glasses, Ben made the conscious decision to convince Jewel that he was the best for her—period. It didn’t take a muscle-bound brute to scoop her up and whisk her away. He was more than capable.

But first, he had to get her to go out on a date with him. Astrophysics, this wasn’t.